It Is All About Perspective

I almost ran over a motorcyclist today.

No, that isn't a joke, or a punch line, or in any way untrue. I actually nearly ran over a motorcyclist today. It was extremely upsetting. The good news was:
What happened was, I was driving along the same stretch of road I drive nearly every single day. I was deep in thought about my trip this weekend (which I will actually be on by the time you read this). I realized I needed to change lanes so I put on my blinker (which is a near obsession of mine, I despise when people change lanes without notification), I double checked all of my mirrors and I started to pull into the left lane.

As soon as I started to merge over I heard this strange whistling, high-pitched, shrieking noise. It startled me as I could not figure out where the heck it was coming from. I checked all my mirrors again and straddling the line, I slowed down. That was when I spotted him.

Behind me, DIRECTLY in my car's blind spot, was a low-riding Harley Davidson. The rider was an older gentleman with black leather boots, jeans, a black leather jacket and....NO HELMET. As soon as I spotted him I realized that the high-pitched shrieking sound must be coming from him....is that what motorcycle horns sound like? I had never heard anything like it.

He pulled up next to me shouting things that I will not repeat on this family-friendly blog. For about 30-45 seconds he rode up next to my window shouting horrible things about me and my driving (Like I said, I was glad the kids were not in the car). I mouthed I am sorry, and signed it (more out of habit from the kids, than any thought that he would understand). He drove off flipping "the bird" at me.

As for me, I genuinely did not see him. I was as shook up as he was. He was riding directly in my blind spot, on that low-riding Harley. I honestly didn't see him until he pulled up beside me. It shook me up too, and I really did feel bad. When I arrived at my Mom's house, which was where I had been heading, I told her how bad I felt and how I knew I had scared him, but I always check my mirrors and hadn't seen a soul.

That was when my Mom made the comment that he probably went home and told his friends and family about the terrible driver who almost ran him off the road. I thought about what she said and realized, from his perspective he was almost run over by a "dumb woman driver" who, by the time he finished his 10th telling of the story, was probably talking on the cellphone while applying makeup and eating a hamburger. From his perspective I was either dumb, negligent, or both.

All that got me to thinking, it really is all about perspective. When we see a mother chastising her child in the parking lot, or a Mom hauling off a screaming toddler from the park, what do we see? Do we see a "terrible mother" or do we see a Mom who is in context? Do we see it from her perspective? We don't know what mental process a Mom has gone through before she makes the decision to leave her child in a car while she runs into the store. Yes, it is possible it is a result of neglect or stupidity, but just as likely it is a result of a whole list of calculations from the weather outside, to the need for speed, to the age of the child, to the length of time it will take inside, to the child's needs.

I recently read an upsetting article about women, good mothers, who left their children in a car for just a few minutes only to have it turn their lives upside down by being arrested charged with criminal negligence. What floored me is that in these cases, the officers jumped to conclusions, much like the guy on the motorcycle. He assumed I wasn't being diligent or I was being irresponsible. The same conclusions those officers came to about those mothers. He didn't stop to think that he was driving right in the one spot in the back left (or right) on all SUVs where there is a significant blind-spot. It wasn't his fault, but it wasn't mine either. It was an accident, a convergence of situations that result in an unexpected outcome. The reaction of the motorcycle driver (anger and fear) is not far off than the reactions of the cops arresting these otherwise good mothers.

It truly is all about perspective. We all need to stop and take a minute (even me, I'm guilty too), and step out of our own lives and try to imagine other possibilities or contexts to certain situations. We may just find that by doing so, we will be promoting more kindness and less judgment. In the long run, that is something that would benefit everyone. 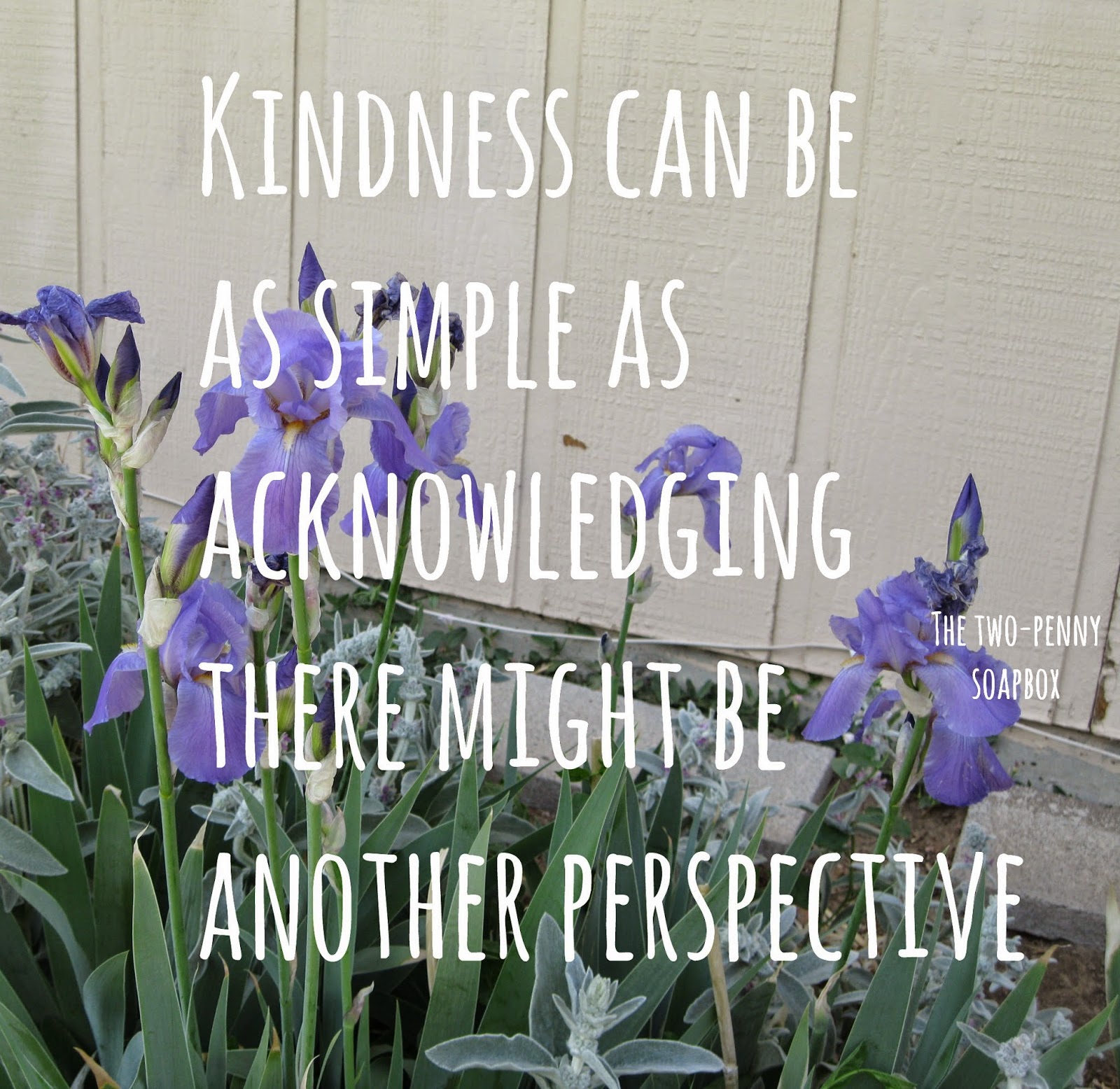