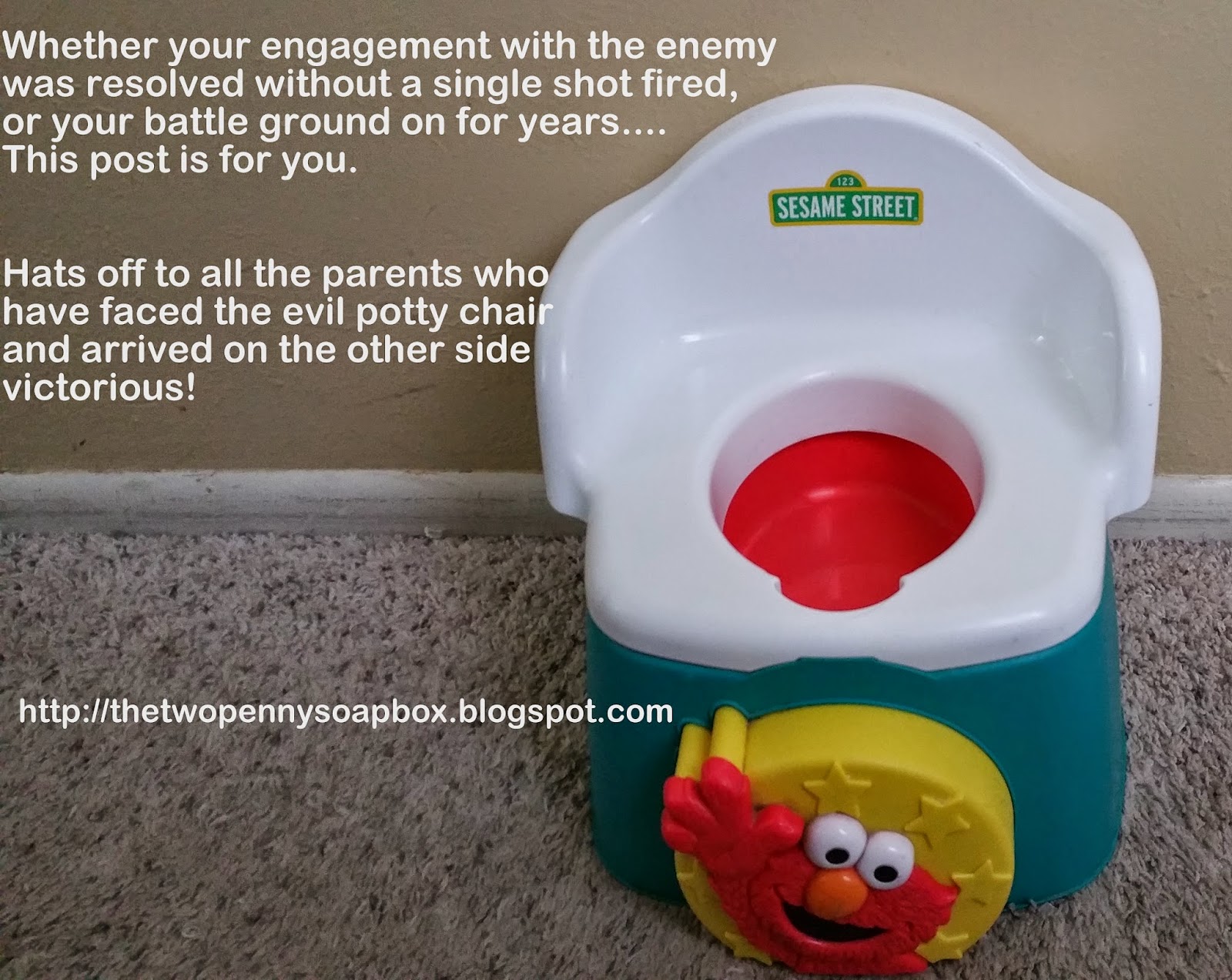 Both girls potty trained on their own time, regardless of anything we did. Tips and tricks may work for some kids, but only if they are really truly on-board. Much like sending an addict to rehab, unless they are absolutely committed to the process they may succeed for a while, but inevitably they will relapse.
Next Week
Here ends Part 1. Look for Part 2 on Friday. Find out how Starman's potty training trials are going, what tips and tricks we have found worthwhile, despite our lack of success with them, and why you shouldn't ever hand out unsolicited potty training advice (or judgment).