The Right to Nurse

I am not an activist. I do not judge. I, as an anthropologist, was taught to be fairly open-minded towards other's beliefs, cultures, religions etc. As it applies to motherhood, I am not the type to stand here and tap my feet and waggle my finger at someone and spout off about "breast is best" and then rip my shirt off in an act of in-your-face activism. If you choose not to nurse, fine. If you choose to nurse, but are uncomfortable doing it in public, ok. If you choose to nurse in public but choose to do so with a giant blanket, or nursing cover-up, or my personal favorite...the Hooter Hider, go for it. I choose not to subscribe.

I subscribe to one belief and one belief only, I HATE to hear a fussy baby. If my baby is hungry, guess what? I am going to feed said baby and I am going to do it in the most discreet manner possible because that is who I am. On that same note, I find discretion is often circumvented by the introduction of a blanket which instead screams, "Guess what I am doing under here!?!?!" But regardless, the bottom line is I am going to FEED my child. If you have a problem with it....well then you can go hang out in the restroom, or the corner or closet or wherever else you think we nursing moms should go to hide from sight. My baby is hungry and I am going to make sure he eats! Period. Have you ever been so hungry you can't stand it? It makes you cranky. Now, would you rather see a tiny square of naked side, or listen to an infant SCREAMING at the top of his lungs?

If you are curious why I am suddenly ranting, it is because today, for the first time EVER in three children, I was asked to leave a pool while nursing. I had originally latched the baby on as slyly as possible while sitting on the top step of the entry section so that I could keep Piper, who was struggling a bit, within easy arm's reach. A pool employee, after walking by four times to see if I was really doing what she suspected I was doing approached me and nicely told me that while I was welcome to nurse the baby wherever I wanted on deck, I was not permitted to do so while "in the pool." I explained that I was not in fact "in the pool" and that only my feet and backside and the baby's feet were actually touching the water. Then I very nicely refused to move and quoted Colorado State Law "A mother may breastfeed in any place she has a right to be." I then inquired whether I had a right to swim in the pool. At this point she became highly frustrated and belligerent and told me she was going to call her manager. I welcomed her to do so and said, "Perhaps she is aware and can explain that this same situation was just on the news two weeks ago and that the pool, Pirate's Cove, had to issue a public apology to the nursing mother for breaking the law and that you are very much in the wrong right now."

It was at this point that she adjourned to the other side of the pool and whipped out her smart-phone, perhaps in effort to become smarter because she did not approach me again (one assumes she fact-checked me and found I was correct). Instead however, she and a large group of patrons that had collected sat across from me the rest of the time I was there and pointed and talked. Eventually after an hour or more of being extremely uncomfortable I left. Up to that point I would like to add, including her, there were a total of 6 other patrons at the pool. There was no crowd and no one was paying much attention until she stepped in. In the end I wasn't so much angry as deeply disappointed that even though the news had just dealt with this issue two weeks ago, there were still such uneducated people.

Again. I am not an activist, but if you are going to tell me to "cover up",why don't you tell these girls "cover up?" Pretty sure J. Lo is sporting more exposed breast than I do when I nurse. 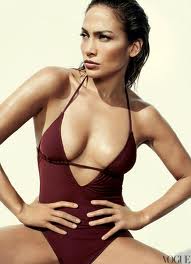 Or how about the girl rumored to be our favorite Christian, Tim Tebow's girlfriend 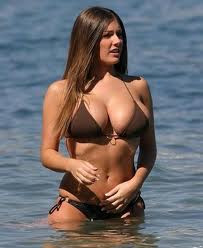 This woman is definitely sporting more skin in the breast area than any nursing mom I have ever seen....but then again, what do I know?
This is from a bikini catalogue, you can purchase this for your very own collection...hat not included. Not too much breast here, right? 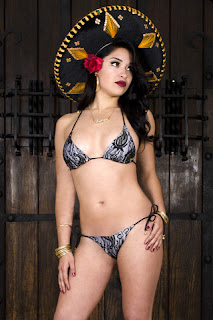 Or, my personal favorite, the ultimate string bikini. This I am sure is much more tasteful than me upsetting people by feeding my baby. 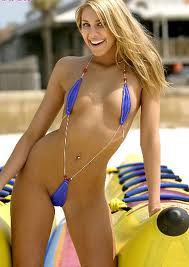 Lastly, a quick Google search shows many stories that are similar to my own. Apparently I am far from alone.
A mom at Pirate's Cove.
Mom Told Breast-Feeding Violates Pool's Ban on Food, Drink

So I looked and found out that
Organizations exist to report any discrimination against a nursing mother.

And lastly I will leave you with this: The American Academy of Pediatrics states, "Breastfeeding and human milk are the normative standards for infant feeding and nutrition." and recommends "exclusive breastfeeding for about 6 months, followed by continued breastfeeding as complementary foods are introduced, with continuation of breastfeeding for 1 year or longer as mutually desired by mother and infant."
Posted by Amie Perea