I spend a vast amount of time scrolling through the net seeking out articles on my passions:
Occasionally, my searches bring me to an odd conglomeration of articles that trigger a thought process that takes me outside of my "box" that I normally think from.

Last night I found a news story about a local cat café that is being sued by a customer. She is being sued because the customer got a cat bite and it became severely infected and she ended up missing a week of work. Her family income situation was precarious and the incident was apparently devastating to their economic position so of course they had no choice to but to file a nearly $6,000 lawsuit.

On another note, this past Monday the verdict finally came down in the lawsuit where a police officer sued Starbucks after he burned himself on a free cup of coffee in 2012. Yes, in case you hadn't heard of that case, the officer was given....GIVEN....a free cup of coffee. Apparently the lid on this coffee disintegrated and he was burned. This apparently caused his Crohn's  disease to flare up which then required surgery. He didn't win.

The stories are tragic for those affected. What they are NOT, are acceptable law suits. This stuff is making me crazy. I am not joking....C.R.A.Z.Y. Here are the facts, and I will offset them so as to make a stronger point:

Coffee is hot, Cats are unpredictable, and children get hurt sometimes. Risk is real. Suing every time something bad happens does NOT, contrary to popular belief, prevent risk. All it does is instill fear in everyone.

A short time ago I wrote a series of articles on the subject of risk and how we treat risk in America has created a ridiculous standard for parents. If you want to check some of them out, I am including a couple of the more popular posts.

Additionally, after I was done ranting and raving on social media about the 9 news story about the cat café and the ridiculous cop, I found an article, Criminalization of Natural Play, which then led me to explore the website, Children and Nature Network . The authors on the site posited various study results which posit that the increase in sensory issues, balance problems and lack of body awareness in older children these days is directly related to the lack of outdoor play, physical activity and the increase in screen time, indoor activities and organized extracurricular activities. 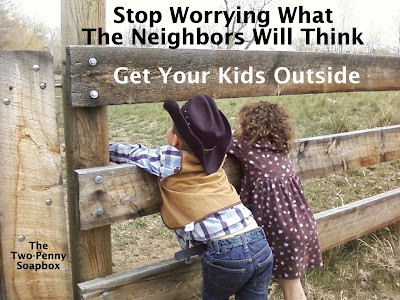 The idea that was proffered throughout the site, is that by attempting to make children safer, we have in fact made the LESS safe. Would you like to read that again?.... By attempting to make children safer, or in other words, by trying to anticipate every risk they may encounter, we have actually made things more dangerous for them. Children are less balanced, less body aware and more likely to injure themselves with mundane tasks because we won't let them climb trees, play outside unsupervised, or allow them to roam unattended by adults.

I have reached a point where, every time I read one of these lawsuit stories, I just want to weep for society. For me it is a total *head desk* moment. Do we, as a society, not see that we are gradually making everyone's life harder every time we add a new waiver form, disclaimer posting, change in behavior, state requirement, or need for reliance on liability insurance? Every person who files a frivolous lawsuit or engages in any type of risk that turns out badly creates another level of fear in America.

Teachers know what I am talking about. Many of them are terrified to discipline children in school because there is always the ever-present threat of a lawsuit hanging over their heads. I would even purport that there may come a time when disruptive students are either automatically expelled or immediately turned over to law enforcement because teachers don't dare touch a student, no matter how violent or disruptive they are being.

Many parents, like many teachers, want to let their children take risks. I, as a parent, want to let my kids climb trees, walk to school on their own, ride their bike around the neighborhood, walk down the street to their friend's house, be adventurous in the classroom and on the playground. I want them to take risks so they can learn their own limits and build their own confidence.

Sure there are times when I have a moment of terror, like the time I went out into our backyard because I couldn't see the kids from the window and I found my oldest balancing precariously on the tippy-top of their two-story playhouse.

And if something happened and the beam broke and she fell and hurt herself, or God forbid, she was killed. I would seriously hope that I would have the good sense to recognize that it was an accident, and not someone's fault. But, too many people's first response would be to sue the playground equipment maker, or demand that we change the composition of the equipment itself (make it shorter, wider, safer etc.).

If we keep on instituting this culture of fear, this "litigation nation," we may find that we have an entire generation of children who are more dangerous to themselves just walking around, than they would be if we just let them takes some risks now while they are young. Not to mention totally unable to function outside a controlled, organized environment. Just when the country will need new innovaters we will have an entire generation of kids that believe, with all their hearts, that all risk is bad.

And so, I will leave you with a quote from a great article, titled, "THE UNSAFE CHILD: Less Outdoor Play is Causing More Harm than Good":


Secondary to restricted movement and less time outdoors on a regular basis, more and more children are walking around with underdeveloped vestibular (balance) systems. In other words, they have decreased body awareness and sense of space. Teachers are reporting that children are falling out of their seats in school, running into one another, pushing with more force during games of tag, and are generally clumsier than in years past. In fact, the more we restrict and coddle our children, the more unsafe they become. -Angela Hanscom