What do you do to celebrate Memorial Day?

I believe that we owe a debt of gratitude to the men and women serving our country, regardless of whether or not you agree with the politics that put them there. Today, The Two-Penny Soapbox is taking a moment to acknowledge the sacrifices of our soldiers and their families.

In tribute, The Husband and I have the tradition of running the annual Bolder Boulder 10K Road Race. It has been a family tradition since before we were even a family. We ran our first race together back in 2003, not long after we had gotten engaged. I had never run in honor of someone specific until I had the pleasure of getting in contact with my birth father in late 2012. That following 2013 Memorial Day, I ran in honor of him; Ron Walker, 82nd Airborne Division, combat veteran. I have run with his name every year since. 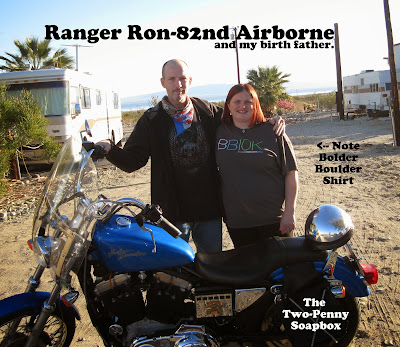 Last year was my oldest daughter's first Bolder Boulder. We weren't sure how she would do, but that girl trucked all 6.2 miles like a rock star! She has been counting down the minutes (no seriously, she is actually doing the math) every day for the last week. 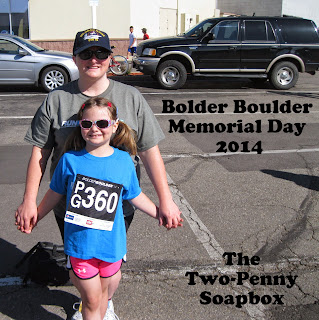 So, while you are barbequing, lounging around, playing in the sun, or running one of the most fun road races in the States, don't forget to honor those whose day it is.